Wonder from Down Under

Sydney, Australia is a very humid place this time of year. I was lucky enough to go down there for a work trip, and while the business side of things wouldn’t interest you very much, I was able to spend a day walking around Sydney and taking in the sights. It really is a beautiful place to visit, though. I stayed in the high-rise tower in the very center of the following picture: 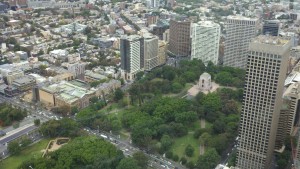 On my first day in Sydney, I was able to go out with some colleagues on a water taxi out to the most eastern coast of the city, right on the Pacific Ocean and the Tasman Sea. If you can afford it, I highly recommend the cruise out to Watsons Bay. We passed the Pyrmont Bridge, the back side of the Sydney Opera House, and Shark Island, to name a few points of interest. We ate at a very nice restaurant called Doyles on the Beach:

Doyles on the Beach

The best part about the restaurant, even though the seafood and dishes served were excellent, was the view of Sydney from my table:

The view from Doyles

And even though my camera has horrible resolution at night, you might just have to believe me when I say the lights were really nice: 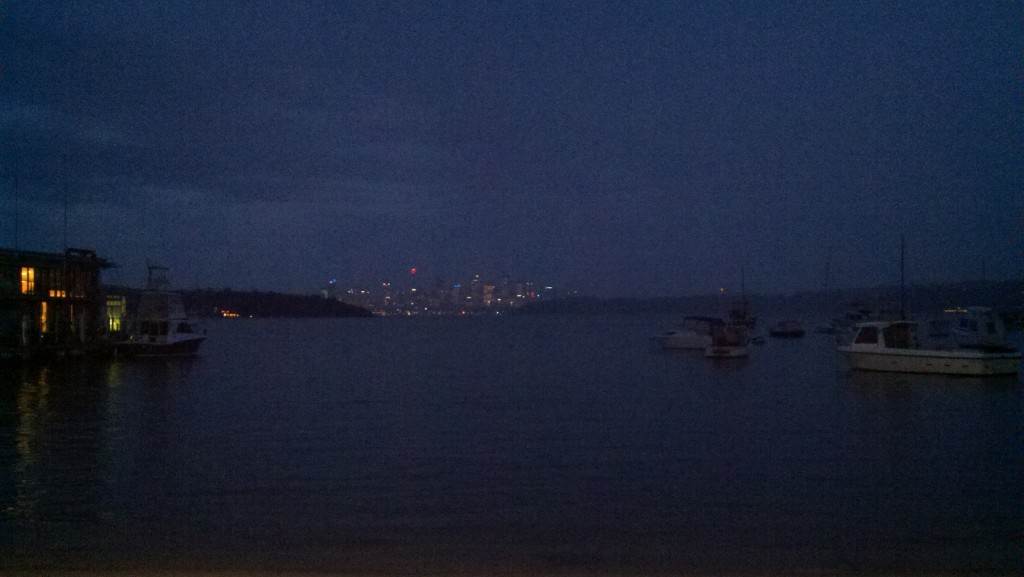 While most of my week was spent in various business meetings, one of my meetings fell through on Thursday, leaving me some time to start wandering from my hotel. I started out with the nearest attraction right outside my front door: Hyde Park.

One could equate Hyde Park in Sydney to Central Park in New York City. It is a very beautifully kept arboretum and memorial ground surrounding by a bustling city on all sides, with the except of a Catholic cathedral on the Northeast corner of the park. My first stop from the hotel was to visit the Anzac War Memorial which seemed appropriate given the proximity of Remembrance Day (Memorial Day in the US). The combined Australian and New Zealand forces dedicated to assisting in World War I totaled 120,000. The Memorial emphasized the importance of pacification more than any other war historical site I have ever visited before. However, the really breathtaking part of the structure is the ceiling: 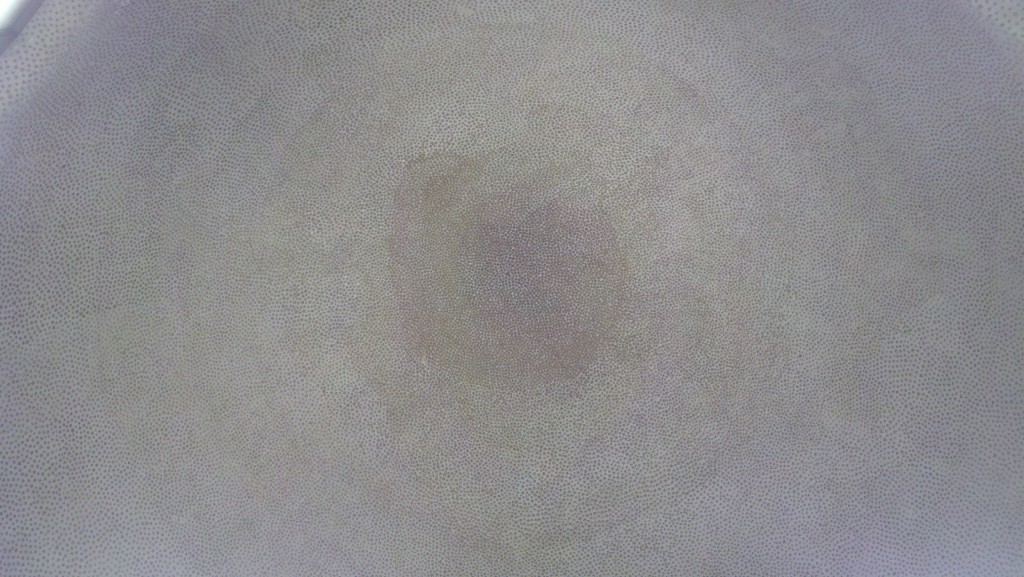 One star for each soldier that served. It makes for a solemn reminder that war effects as many lives as there are stars in the midnight sky. I highly recommend you make a stop here if you are ever in the city.

From the memorial I could see the Sydney Eye Tower, the tallest structure in Sydney:

I was able to find an online combination pass that allowed me to see multiple attractions for a fairly discounted price. You’ll want to find as many deals as you can–Sydney is an expensive city in almost every regard. Going to the top of the tower was much cheaper and preferable to doing the Pyrmont Bridge Climb,  which while entertaining costs $175 AUD and doesn’t give you as good as view as the tower. My Droid X has a pretty fun panaromic shot mode that I took advantage of while I was up on the observation deck:

After grabbing a bite at Hungry Jacks (a.k.a. Australian Burger King), I headed over to the Sydney Aquarium to take in some of the exotic sea-life found in the area. The aquarium tunnels made viewing of the fish, sharks, and other aquatic animals quite enjoyable. Their most rare animal at the aquarium was the dugong, an aquatic mammal very similar to the manatee found in the Atlantic Ocean. There are currently only six dugongs held in captivity around the world, so it’s a rare sight to see one up close: 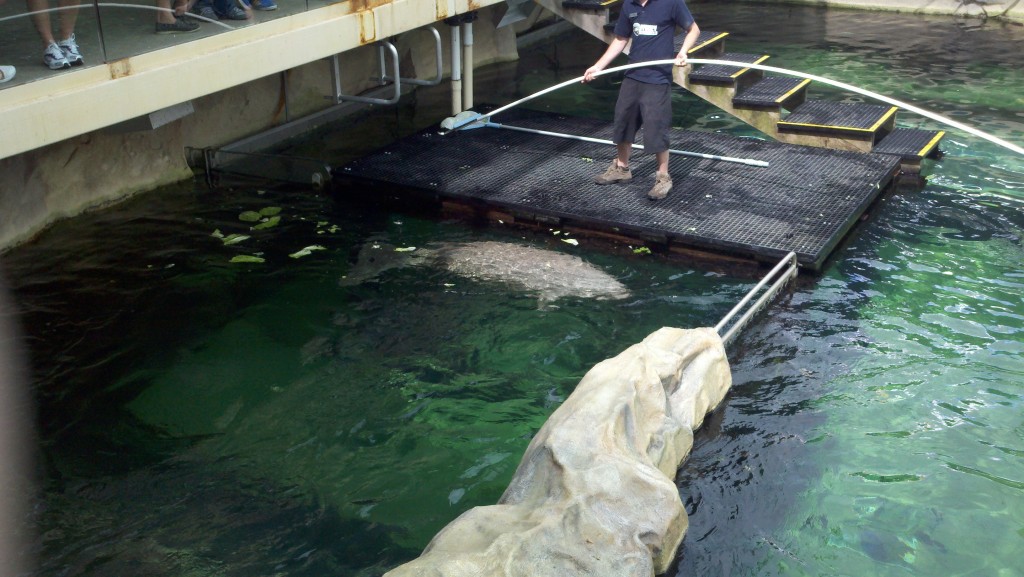 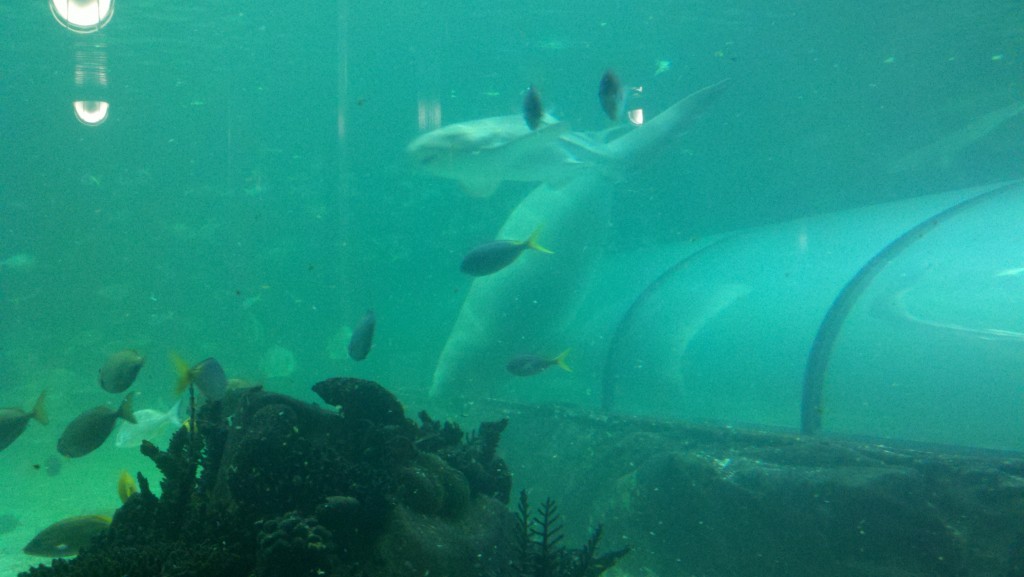 There was quite the variety of creatures one could see. From penguins: 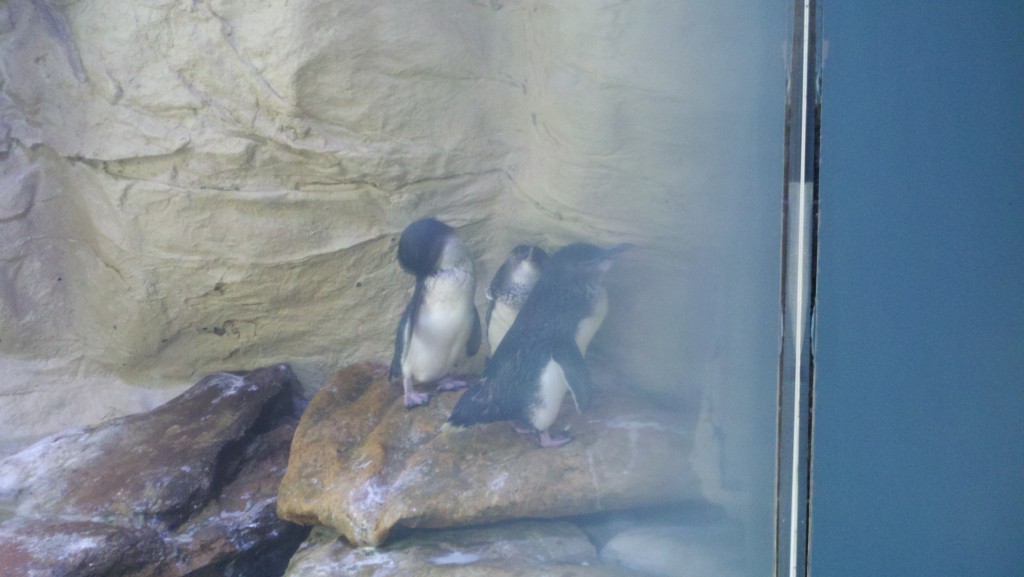 Penguins trying to hide from me 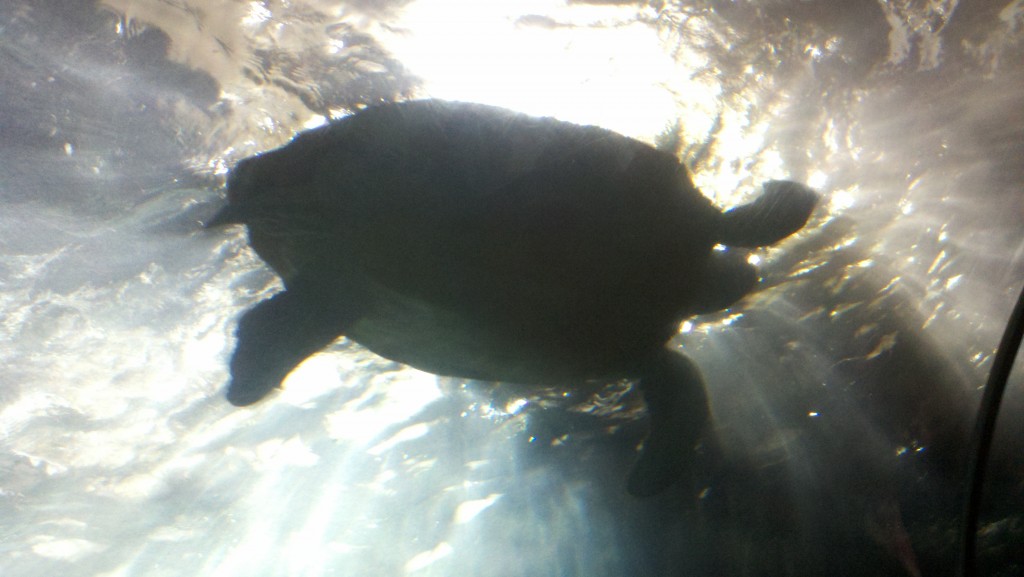 Sea Turtle from below 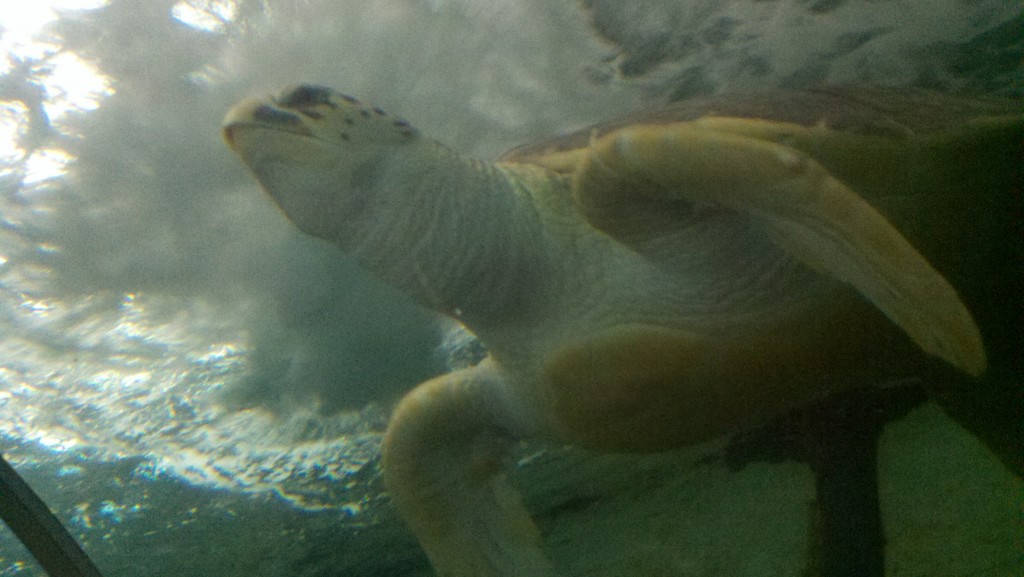 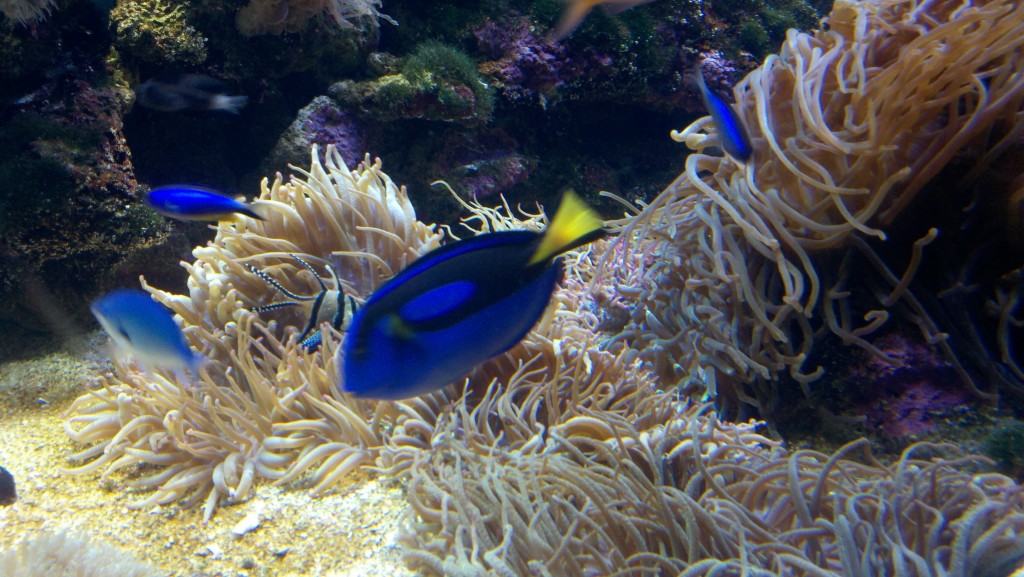 Of course, the most fascinating animals to see at the Sydney Aquarium are indisputably the sharks! 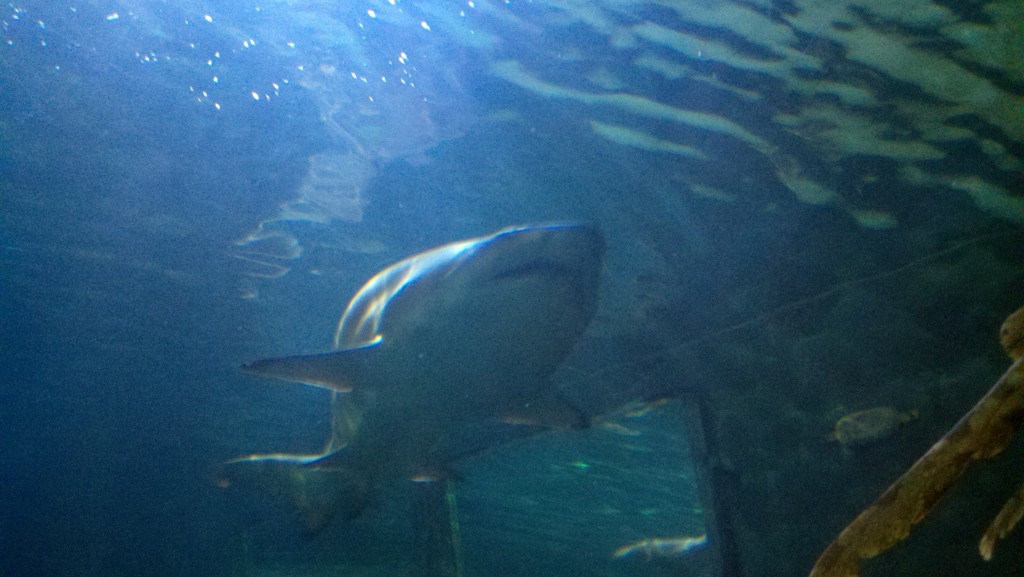 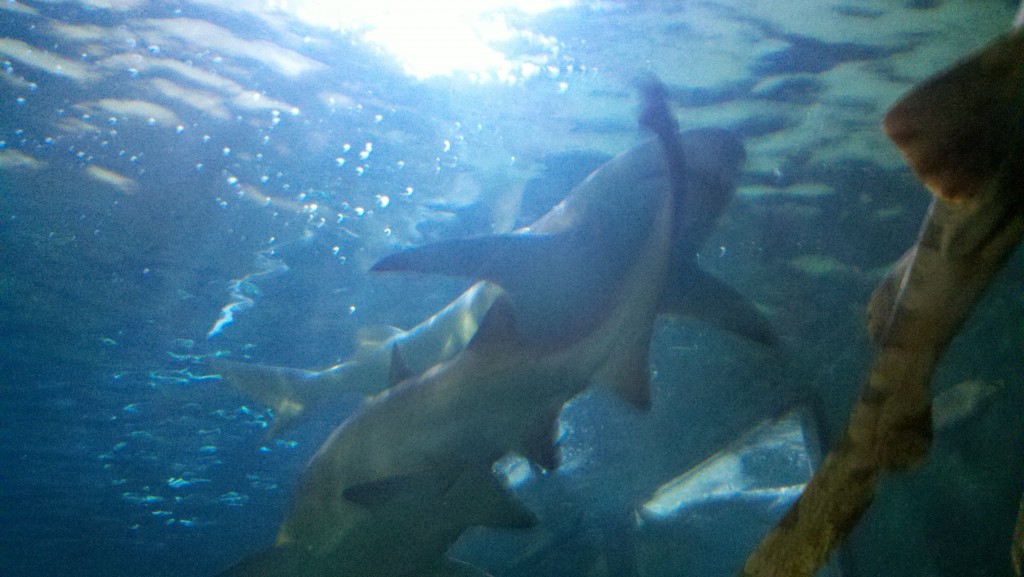 I didn’t have enough time to visit it, but right next to the Aquarium is a wildlife preserve that showcases koalas and other exotic Australian animals. My last stop was a walk through the botanical gardens just south of the famous Sydney Opera House:

And that’s my brief travelogue for my one day of tourism in Sydney. I can’t wait to go back!

3 thoughts on “Wonder from Down Under”