This round I went in the AD Carry role with a pretty inexperienced Taric support versus a very aggressive Lux and Ezreal combo. From the earliest moment, Ezreal and Lux poked at us with bindings, slows, and mystic shots. Unfortunately, Taric took the brunt of the damage as I had my dodge maneuver to keep me safe.

Fortunately for me, Lux got too cocky with her aggressive plays, not realizing how squishy they both were. Once Taric got a stun on an over extended Lux, I was able to burst her down multiple times in the laning phase. I accidentally purchased an infinity edge instead of a bloodthirster as I had intended, but we were far enough ahead in the game that it worked out in the end. 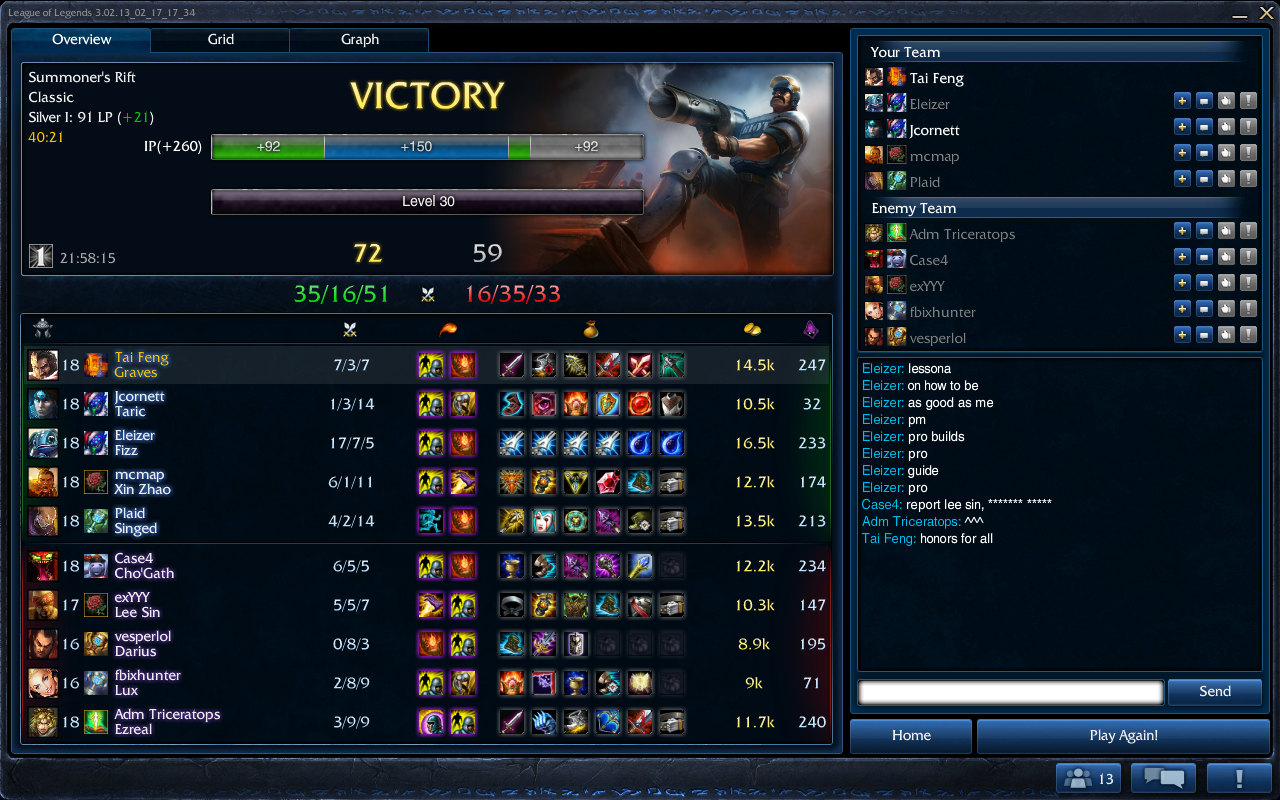