Last Powder Days of the Season?

Before too much time had passed, I needed to make a quick post documenting one of my best ski weekends this season. I was able to go to two resorts at the end of the first week of March. On Friday, I hit up the Canyons, and then I spent all day Saturday up at Solitude! Needless to say, I had some very sore legs for a few days afterwards, but man was it worth it!

At the end of the long crazy week that was Adobe Summit, we had a chance to go skiing with clients and attendees from the conference at the Canyons on Friday. All in all, we had about 15 people in our ski group at one point, more than any ski group I’ve ever been in before. It was a blast! I started out the morning with some guys from the Adobe Ski Club, and we were able to hit some double black diamond runs before they got too torn up. It was a relatively warm day, so I was surprised to still find some fresh powder and good runs. Afterward, I met up with a bunch of folks from my team and clients that had attended Summit. Our skill levels varied so much as to keep us strictly on the standard runs. However, a small contingent in our ski group was able to convince everyone to go down through the terrain park, which was pretty entertaining: 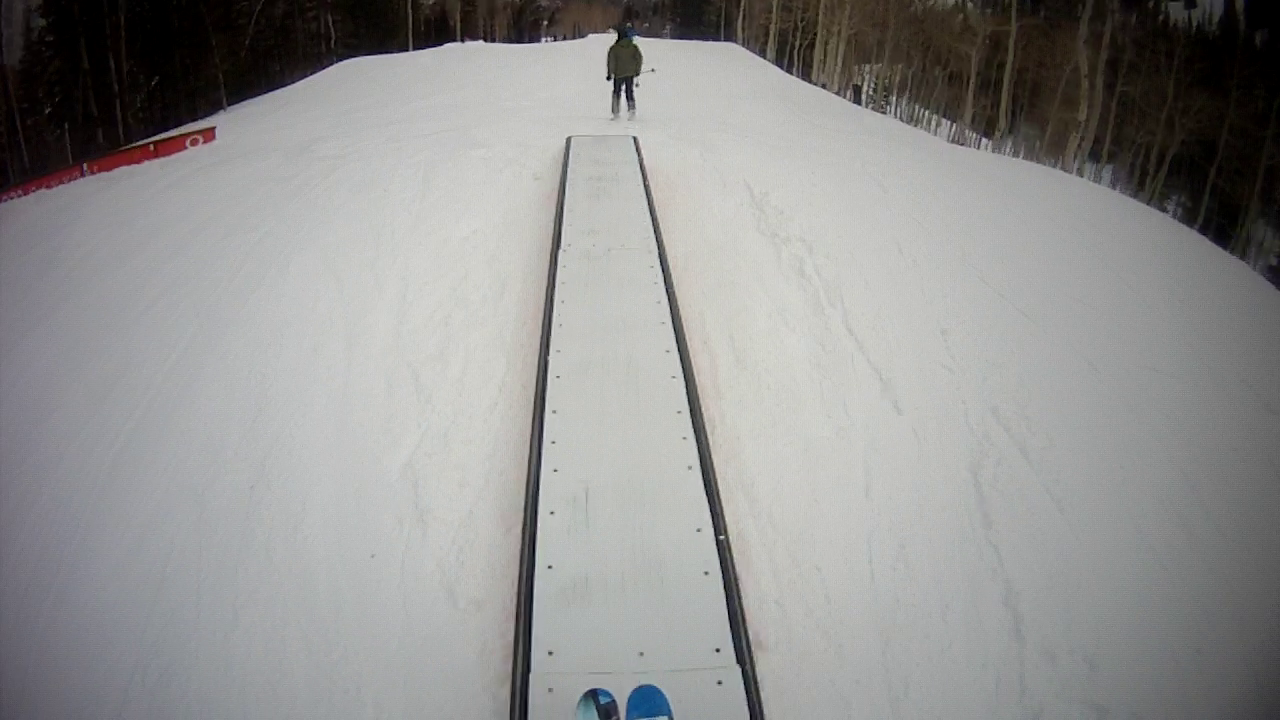 After some simple tables and rails, we came to some nice jumps, about four in a row. I was able to capture a guy ahead our group turning a front flip off the first jump! 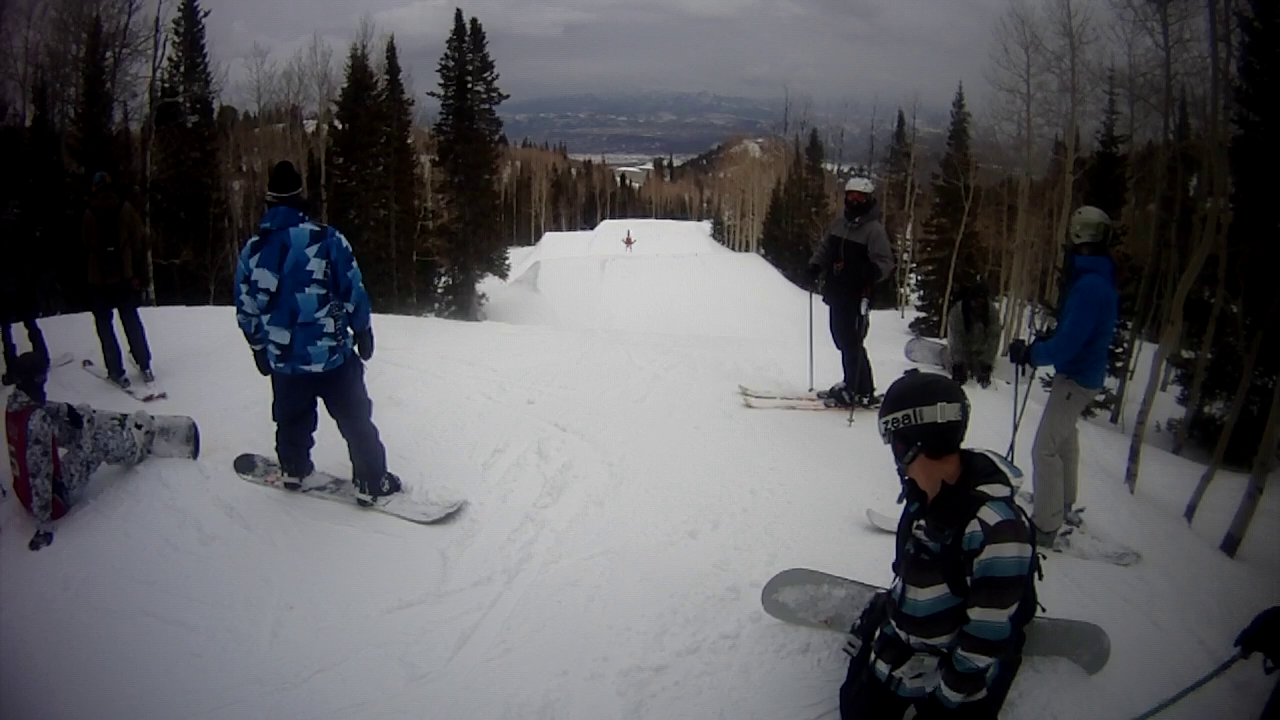 Of course I didn’t do anything so fancy when I went over, but that’s more than I can say for the guys in the group who just went around the sides! 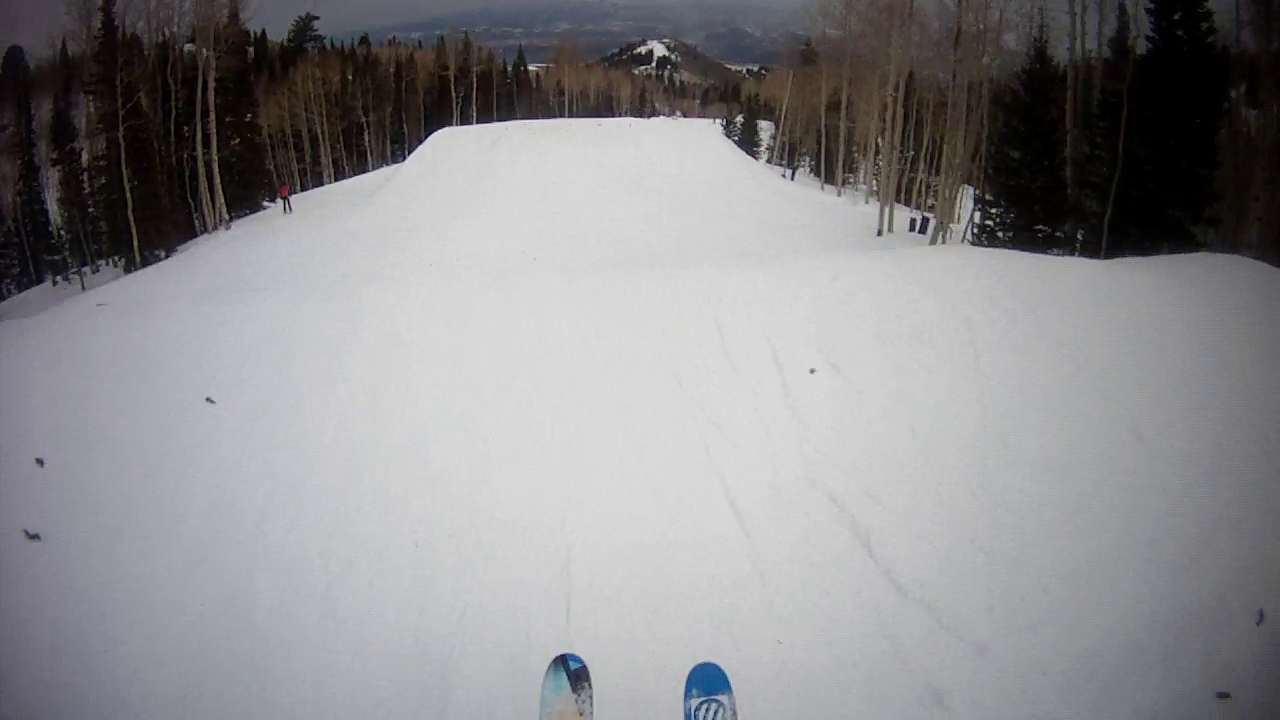 Unfortunately, my camera battery was super low, so I wasn’t able to get much more footage through the rest of that day, but we continued on through various blue square runs and ended the day with a speed run down Upper and Lower Boa. Fun times to be had all around!

The next day was my birthday ski day. Since I had been sick the weekend around my birthday, I didn’t get a chance to go up to Solitude, but I really wanted to go with my best friend Levi from my hometown in Indiana. So even though I had skied all day on Friday, my only real chance to go again was on the next day, so that’s what we did.

Waking up on Saturday morning, I noticed that there was a light dusting of fresh snow on the ground outside my house. Granted, I live up in higher elevations, and so I imagined the slopes got some fresh powder too, but I wasn’t expecting the 6-10″ of extra dry, extra soft powder available to us. Levi and I were in heaven, cutting fresh trails all around the mountain even after noon!

Of course the first place I had to take him was to the broken down log cabin that I found with Dallin a few weeks earlier, but this time I went through window myself! 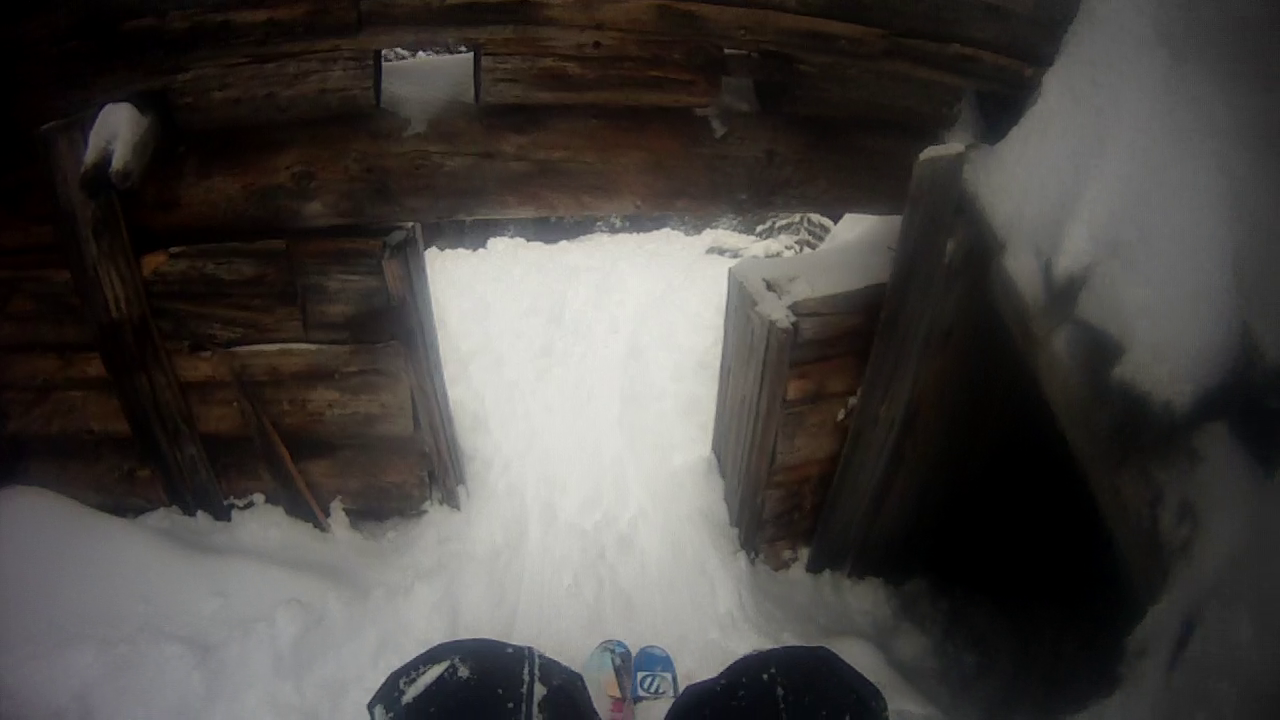 Crouch Low through the Window!

It was a tight squeeze for me with the FreeStyle camera mounted on top of my helmet, but it wasn’t too bad for Levi to get through: 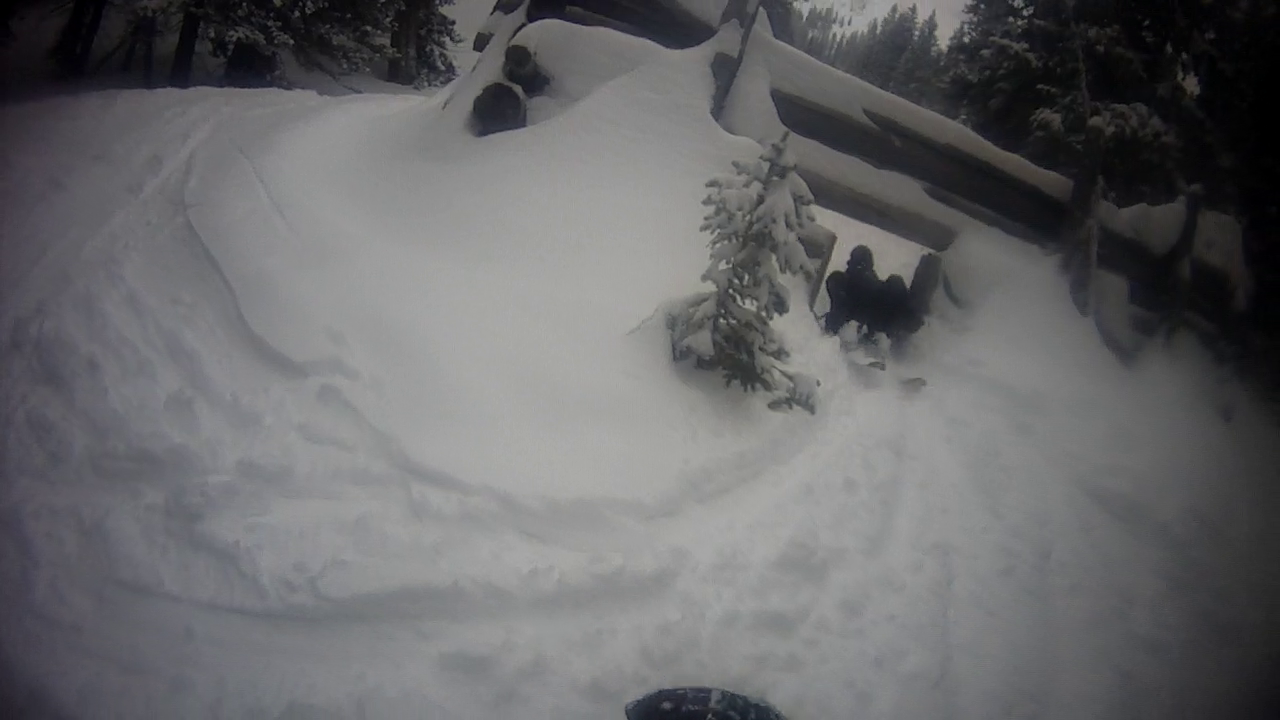 I hope to compile a video of all the great skiing I’ve gotten in this season, but for now I will leave you with this: 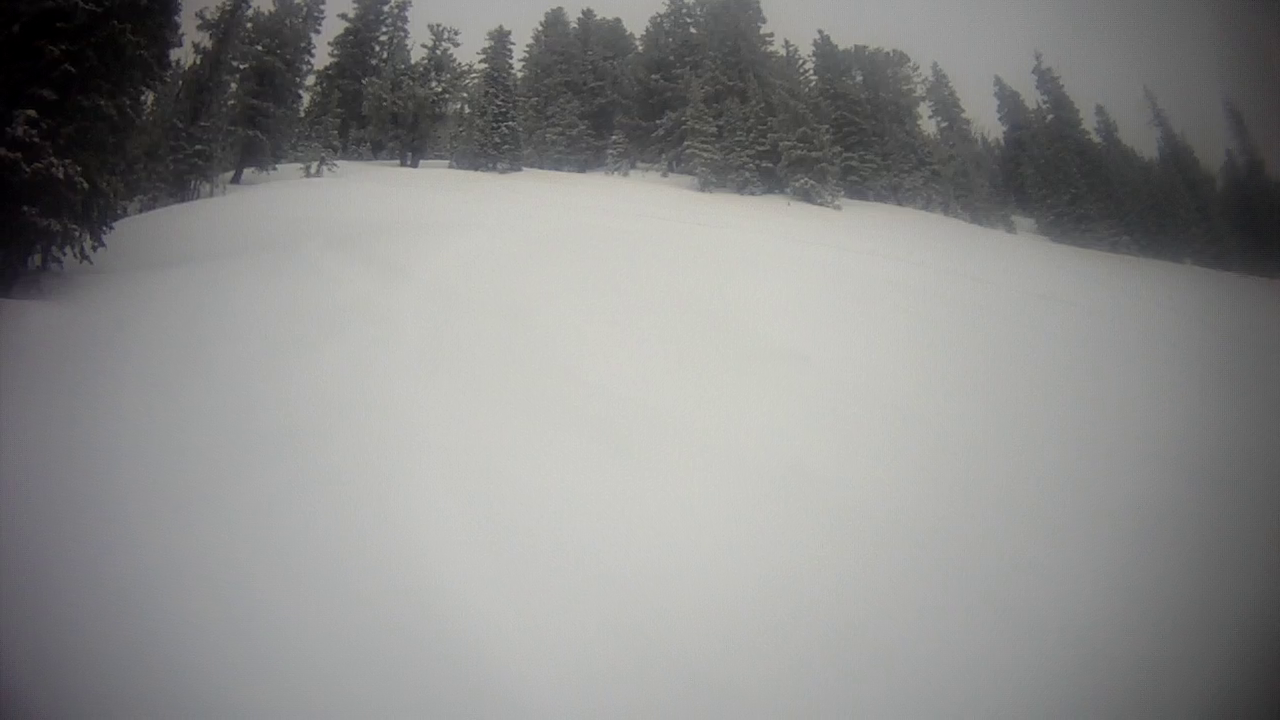 It may be hard to see, but this slope was purely untouched. If you look closely enough, you might be able to see the line I just carved out of that fresh powder, but it was incredible for us to keep finding such awesome runs even after noon!

One thought on “Last Powder Days of the Season?”